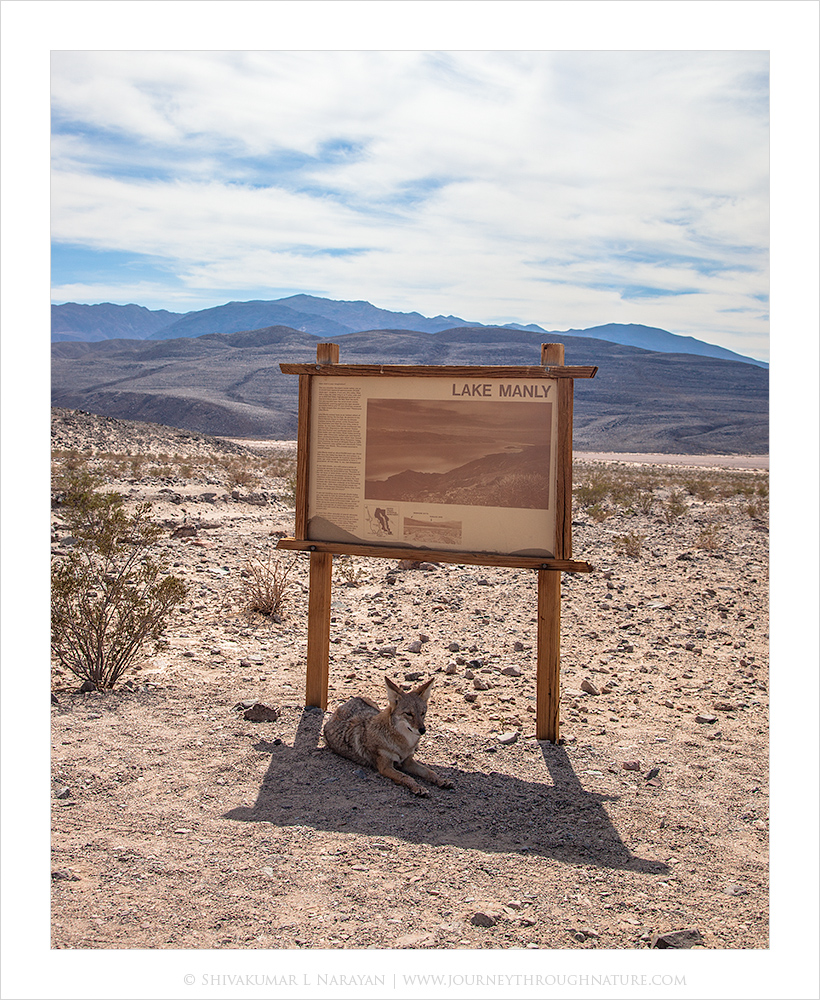 After having seen a black bear in Mt Rainer National Park, i was wondering if I had enough luck to sight any other forms of wildlife in South West US and the question got answered when we just finished a dehydrating and exhausting stop over at the Badwater at Death Valley National Park and were just heading west and right below the signboard for Lake Manly we found this calm and composed Coyote taking rest in the blistering 42′ heat. Coyotes are also known as American Jackal or sometimes even as brush wolf but it basically belongs to a Canine family. Coyotes are more often a omnivore than a carnivore and generally tend to prefer fresh meat.