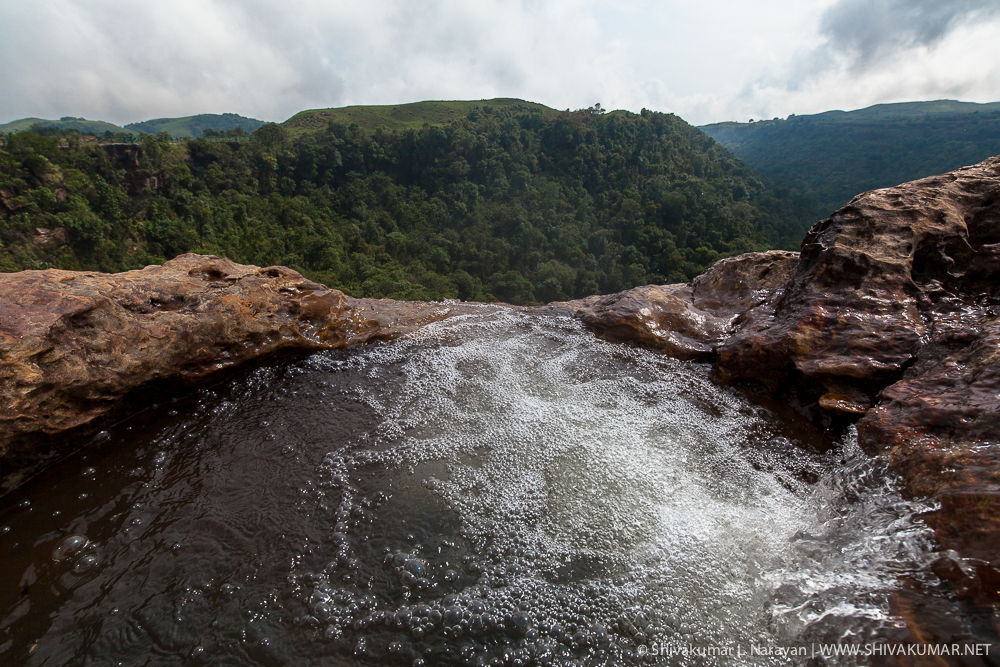 The waterfall derives its name from a Thlen (Khasi word for Python).  As per the legend, people decided to rid themselves of evil, captured the Thlen and killed it at the wide flat rock over-looking the waterfall. Adjacent to the very spot where the Thlen was slaughtered lies the Dain-thlen Waterfalls. Natural rock carvings of the episode draw visitors to see the image of the Thlen, the symbol of greed, corruption and evil. The view above is just at the tip of the falls, at a point where the water jumps down the massive cliff.
Spread the love
Tags: cheerapunji, Dainthlen, Dainthlen Falls, Evil, forest, Khali, Monsoon, Python, RainLandStories, Rocks, Top Of The Falls, View Point, Water, waterfalls

Hows the journey going on ?