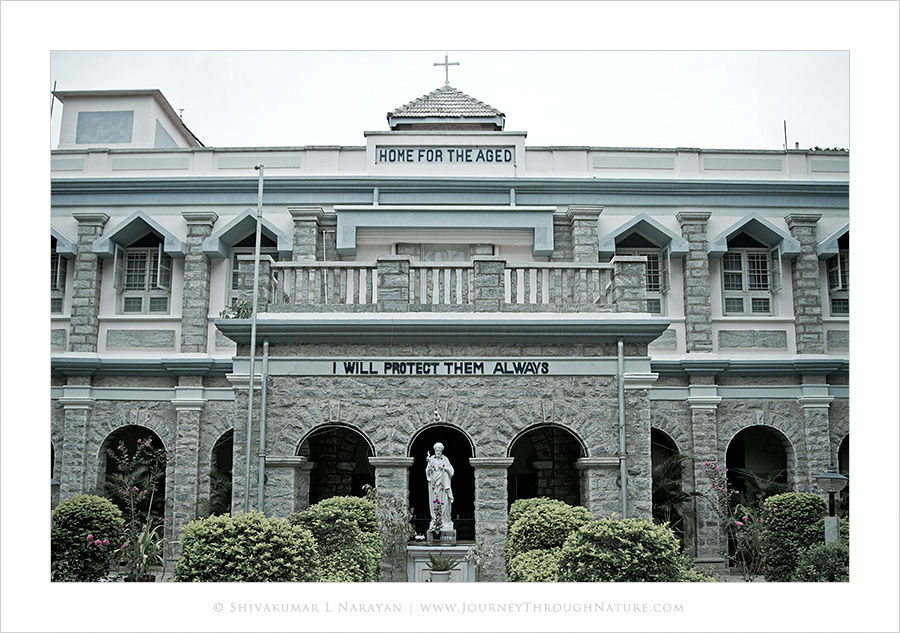 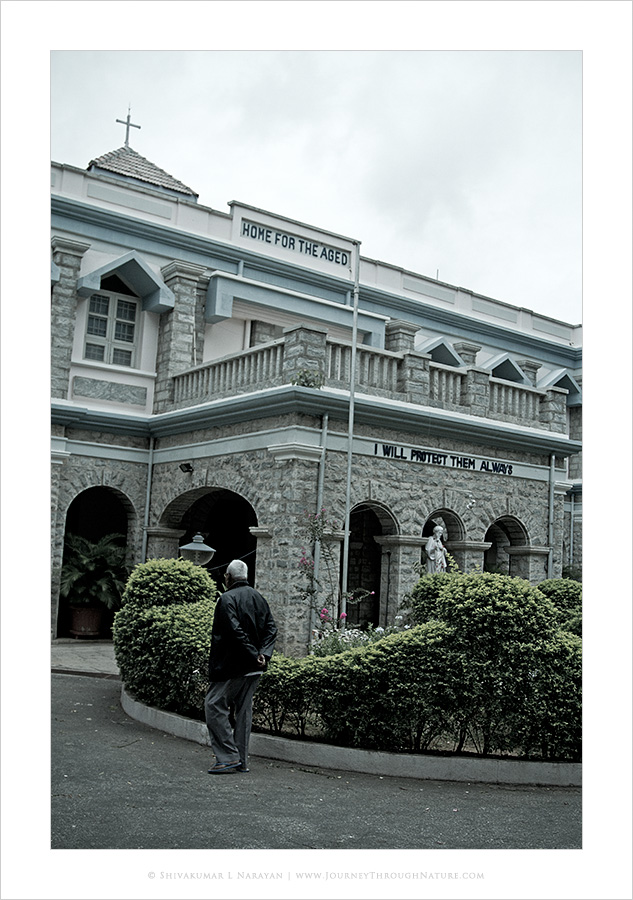 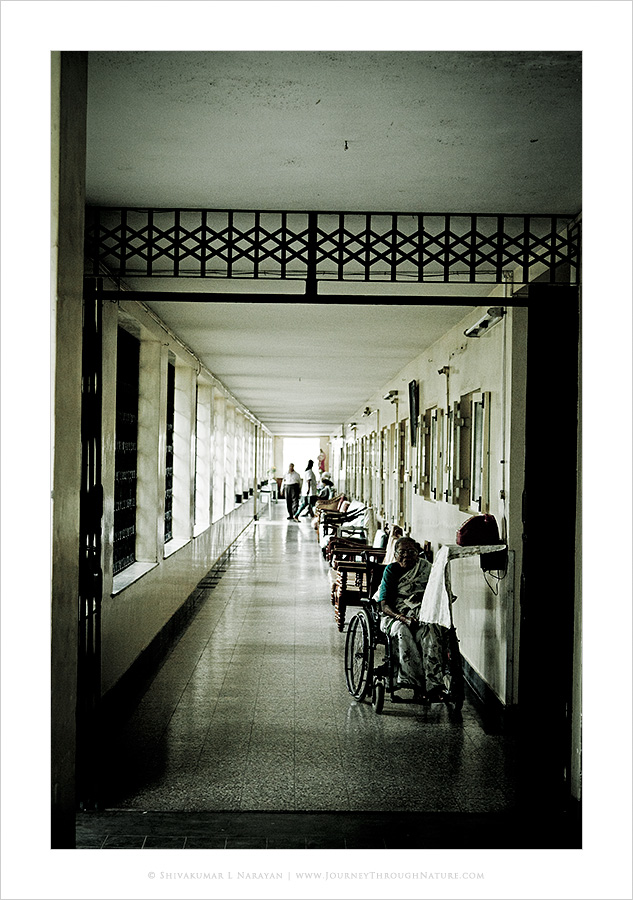 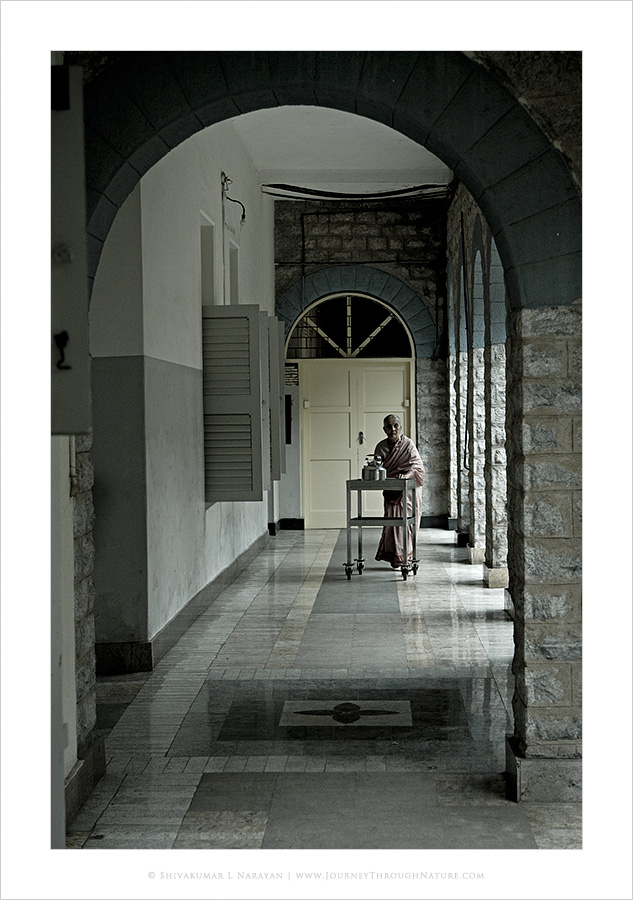 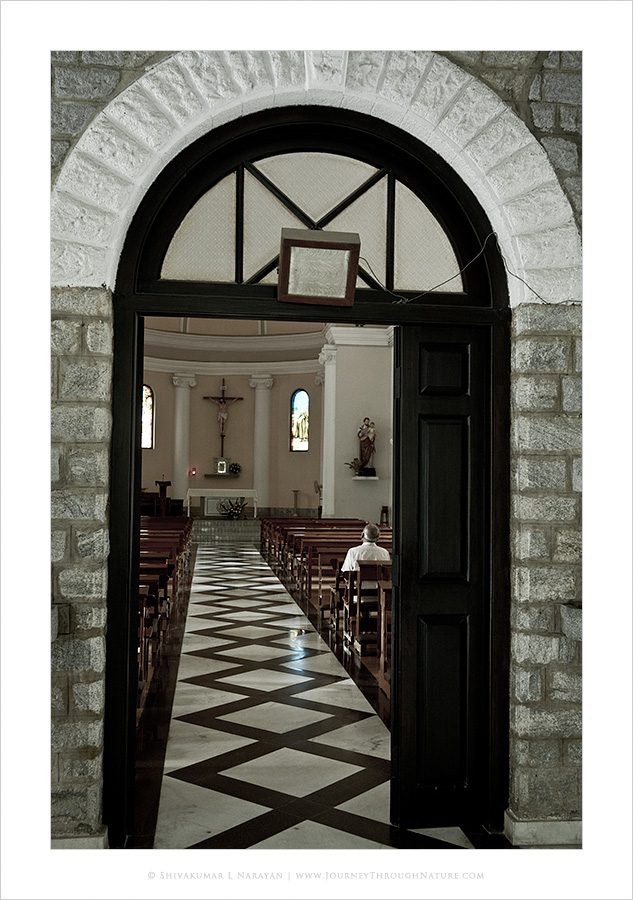 15th June, 2011 – a day which was asked to be ear marked by our company for a day which will be called as “Celebration of Service”. It was a day just before our centennial celebration. We were given with two options one being a oldage home and other a school for underpriv children. I went with the former and nothing within me was sure why. This apparently was my second visit to a oldage home within a matter of 2-3 weeks but both apparently for a different reasons. The place that we were told that we would be headed to was Little Sisters of the Poor, Old Age Home, Bangalore (http://lspbangalore.com/) and I personally had no idea what to expect and what to deliver and was dependant on my manager’s mail for futher actions and accordingly we were told that we would help in supplying the home with few groceries and help them in cleaning up the premisis and also serve the food during lunch. Infact we did all these and much more when we were there. But apparently moved me was the situation and the people there and the life they were living.

These were people who at one time were youngsters like us, these were people now might have grandchildren of our age – but now they are confined to stone walls and life support systems. Right from the moment we entered the premisis where we were welcomed by a whellchair bound lady who was celebrating her 81st yr birthday to those handful of people who had to be fed 3-4 times a day with liquid food to keep them continue with life – everything was emotionally very demanding. Most of the people land up in such situation either because of health reasons or because of circumstances where their children or once dependants themself cant take care of them anymore or simillar. Though the people here have all the facilities to keep them going and all attention that they want to keep their health in best shape, the sort of loneliness and the pain of separation in their eyes was very evident. Having spent the first hour or so doing some gardening work, i picked up the camera from the car and went for a small stroll around the building and must admit it was mentally and emotionally very challenging to lift the camera and capture to translate emotions into pixels but something within me couldnt do that. The sight of a old lady near a telephone waiting for a call, and another gentleman engrossed in reading newspaper without the tension of happenings around him, another old lady carrying morning serving of coffee and biscuits to some of her friends, etc each and every scene had lot to tell about these people. As i moved along what touched me the most was this lone person sitting in the back of the church closing his eyes and praying in front of Jesus Christ. There was not even a single person in the church and all that I could find was a sense of silence and cryptic conversation between this person and the god. I stood there for few minutes trying to figure out what would this person be praying for which even now am not sure of the answer.

We had a briefing about the place and also how the missionary started way back in 1830s by the incharge sr Mother of the old age home and she did spell out stats that there were close to 120 people who are staying in the oldage home as of this day and which has about 4 couples and one of the person had lost her husband just recently in the oldage home itself. I could relate this to the incident which i heard in the other oldage home i visited few weeks back where the person whom i was talking to told that just few months back one of our friends passed away and the ambulance took her body.

It just takes so much courage to now sit back and recollect all those words said by these people. All these people as i said above were once living in their own houses with their own children and grandchildren and they had people to cook for them and feed them and play and take care of them. But now they are left abandoned in this place for the mercy of the god. Why is that once a person gets old he gets abandoned ? Why is that as children that people are not ready to take care of their own parents ? Why is that one has to live a life confined between 4 walls which was once spent travelling across the city. What makes someone so busy or occupied that they cant take care of their own parents ? What do we do with all the lakhs of rupees that we earn which we could only because our parents spent their hard earned money for our education and clothes – when we cant take care of them now ? So many questions so many thoughts.

Infact i do remember a discussion i had with few of my friends regarding things were in at one instance i could see a evident disrespect from some of them for not only their parents but for others parents as well because they were not letting them live their life in the type of freedom that they wanted to.  Each of us wants luxury and each of us have our own priorities and each of us want our own needs and deeds but not to the extent that we leave the parents and go and live separately to achieve it or do it at the extent of their happiness. When do people ever get to know its because of our parents we are what we are now.  And at the fag end of the life all that the elders expect from us is just a support for their life and nothing else. Infact we should not forget that in this cycle of life there will be a time when we have to go through this ourself also.

The words that has been keep ringing bells in my mind since then –  what are we suppose to give to the elders – “Support for Life or Life-Support ?“ 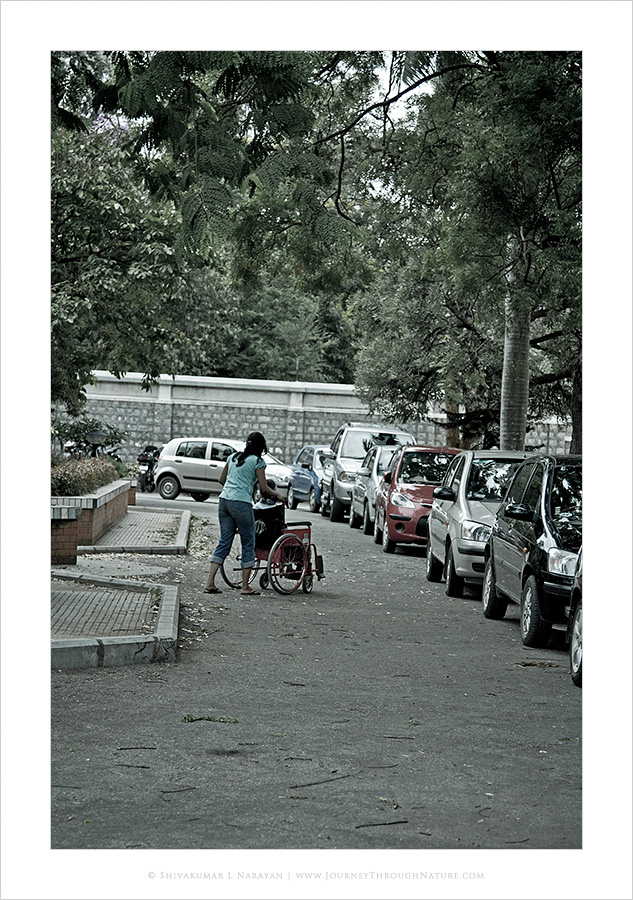