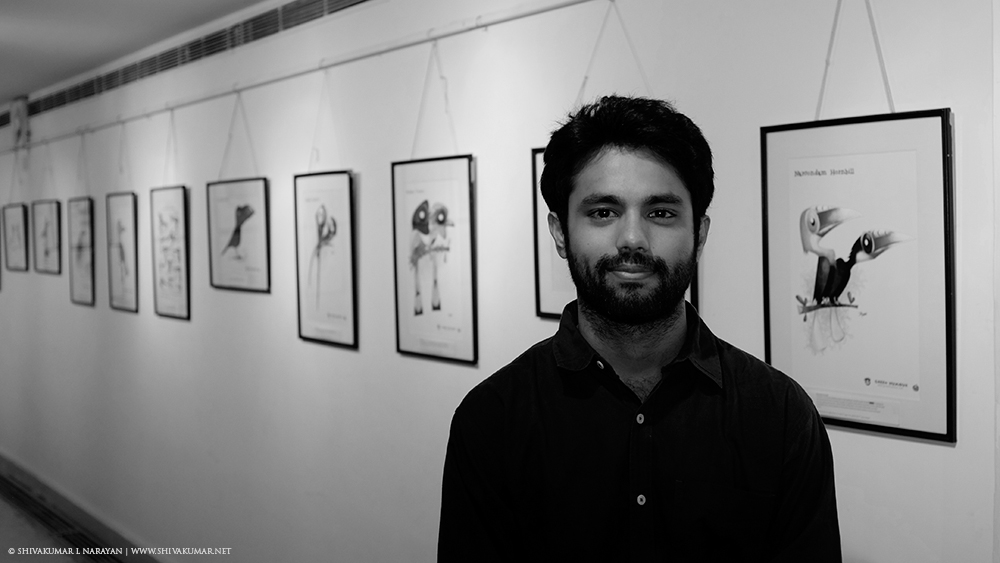 after much of the procastination over the last few days i eventually managed to sneak in time to visit a very unique exhibition – an exhibition of wildlife caricatures by Rohan Chakravarty of GreenHumour. I have been following Rohan’s work on his website/social media for quite a while now and one things that makes his work stand out especially in the wildlife art is his ability to bring in a touch of humour to his work. His presence of mind and creativity just take the front seat when it comes to bringing day2day wildlife scenarios in form of cartoon strips. In this particular exhibition called “Wildlife the toonie way”, Rohan has put up a collection of work which is an assortment of bird, mammal and reptile caricatures. The exhibition is on till 27th of this month and is held at Indian Cartoon Gallery which is a 5 minute walk from the Trinity metro station. He has his work available as purchase in form of posters, framed prints, diary etc which i bet no one would come out of the hall without booking one. 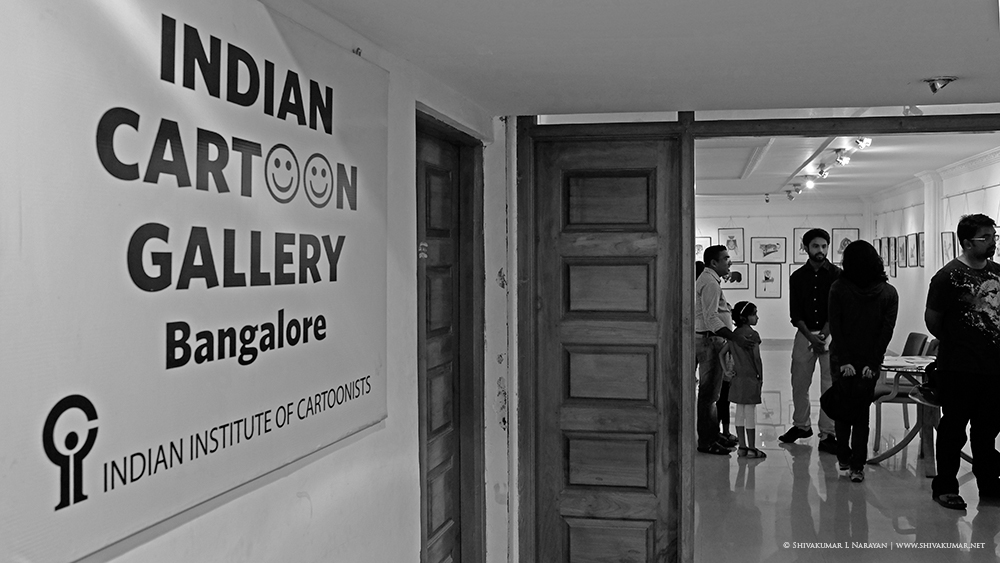 And while i was there i had a quick chat with Rohan himself and try to understand him and his work and sort of show it to outside world who is not aware of him ( which is very unlikely for a celebrity like him ).

Earlier on in the week my buddies Rana & Sugandhi sat down with him for an impromptu discussion and they have blogged about it here >> First day, first show

Queen of the Night | Epiphyllum oxypetalum